Here is a list of starter home costs by Denver neighborhood followed by their 10-year appreciation in parenthesis. 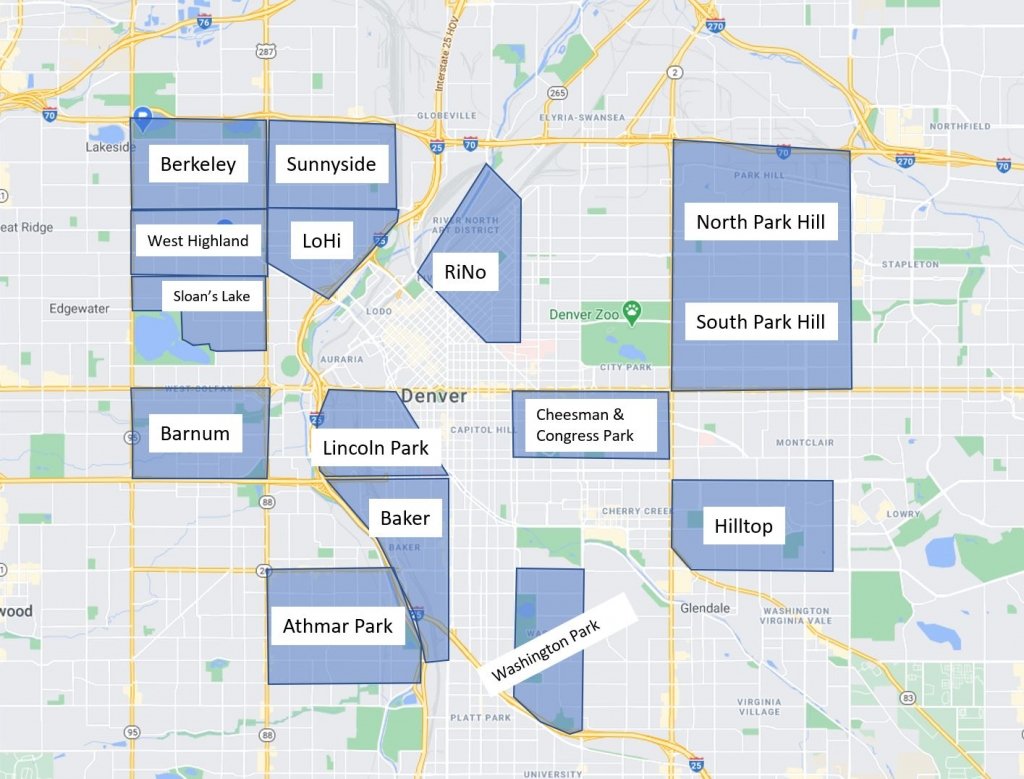 Map of Denver Neighborhoods Mentioned in this Article

What a Starter Home Costs in Popular Denver Neighborhoods

How you define a starter home obviously has a lot of subjectivity.  Here I focused on a narrow range of criteria that fits the average person that I have spoken to as Realtor.  The typical starter home in Denver is a single-family home, about 1200 square feet above ground, 2-3 beds, and 2 baths.  The criteria isn’t perfect as the Washington Park and Hilltop neighborhoods are difficult to find a home this small, but overall is a reasonable good baseline.

Home values have appreciated tremendously over the past 10 years as Denver, Colorado became a popular place to live and the economy recovered from the financial crisis.  Many people are kicking themselves for not buying more real estate back in 2010.  I can personally tell you it was a scary time to buy real estate anywhere back then.  Foreclosures were constant if not increasing, lender standards tightened up, most builders were bankrupt, and buyers were scarce.

Next to the neighborhood I list the 10-year appreciation to give you a feel of how much some of these areas have boomed. The average appreciation in Denver for the last 10 years is a staggering 83%.  If you bought a home in 2010 for $300,000 you can reasonably expect it to be worth $549,000 today.  What is more interesting is this appreciation has been across the entire metro area.  Some of the least expensive areas have appreciated the most due to affordability.  You could have bought anywhere and done well.  This also extends to much of the Front Range in Colorado as Fort Collins and Colorado Springs values are up nicely as well.  Below is a chart showing the the appreciation from 1987 to 2020. 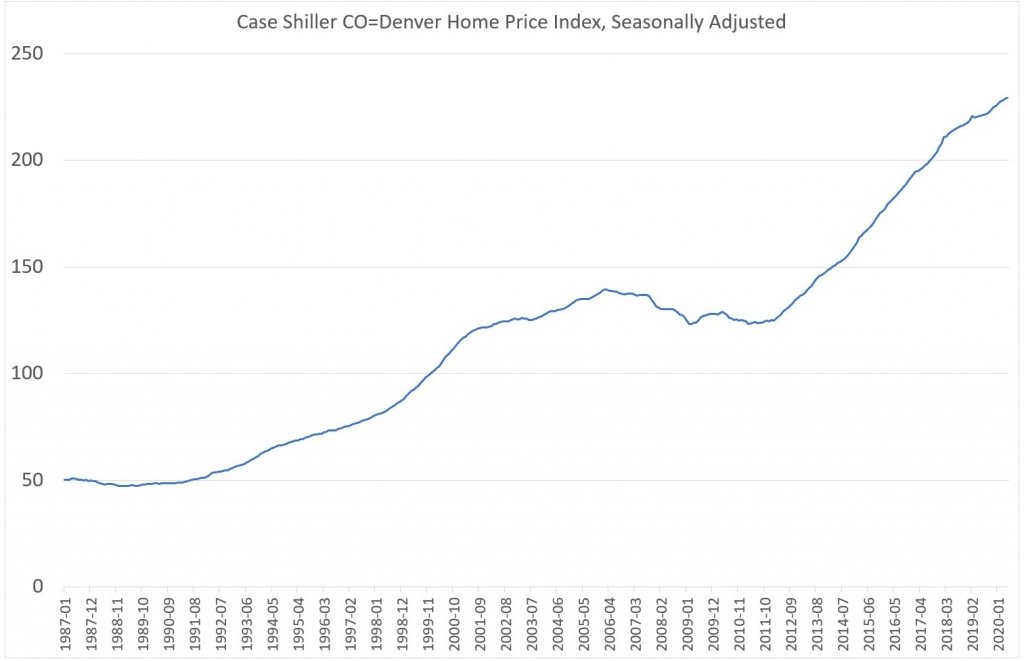 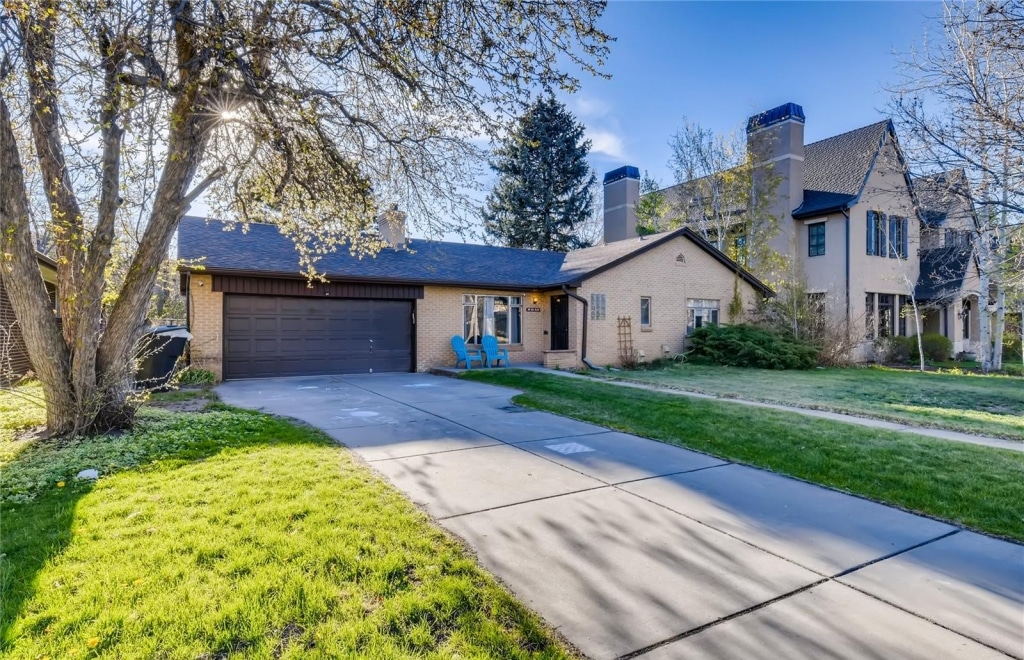 The Hilltop neighborhood is one of Denver’s premier neighborhoods and has been for quite some time.  It is difficult to find a starter home here, not to mention the very few first-time home buyers that can afford $900,000.  Part of the problem with affordability is the area has mostly larger homes.  You cannot find a 1200 sqft home in the area.  You need to jump up to at least 1700 square feet just to find something “small”.  Even at this size it is a challenge to find something under a million.

The Hilltop neighborhood is well known for homes with large yards, close proximity to Cherry Creek, and it is still fairly close to downtown. 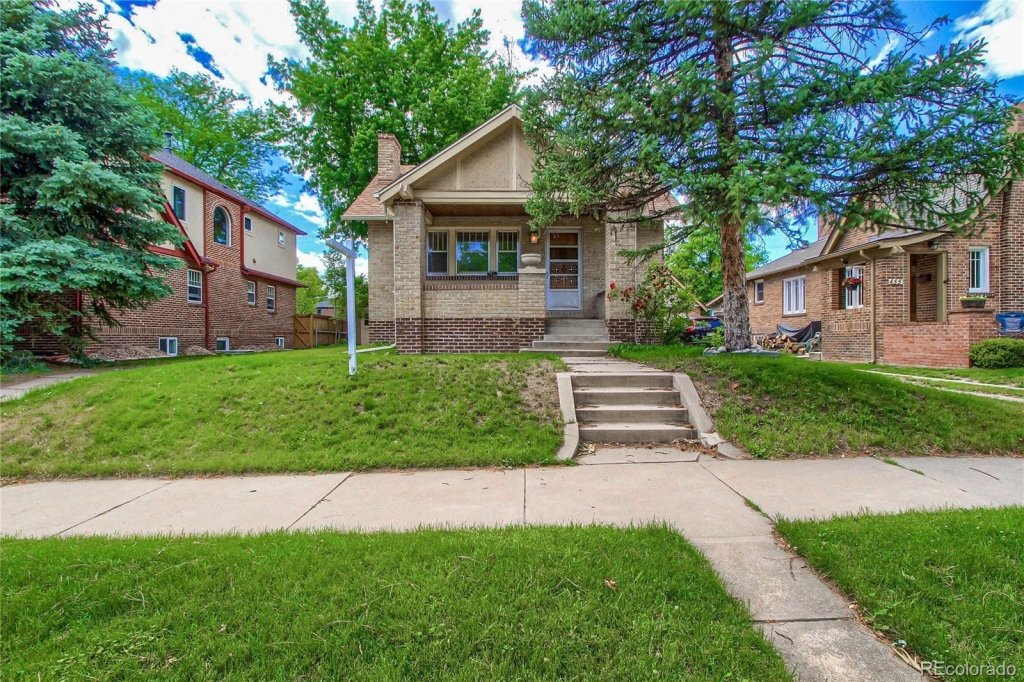 The Washington Park neighborhood has a similar issue to Hilltop in that it is difficult to find smaller single-family homes here.  You can find some older half duplexes, but the area has been highly redeveloped, flipped, pop the tops, etc.  An older half duplex will run about $600,000.  This really is not starter home territory anymore.  There are also condos that are much more reasonable and is more typical of a starter home for someone who really wants the location.

The Washington Park area is well known for the very large park and it’s hip and vibrant restaurant/retail scene.  South Gaylord Street and South Pearl Street host many events throughout the year. 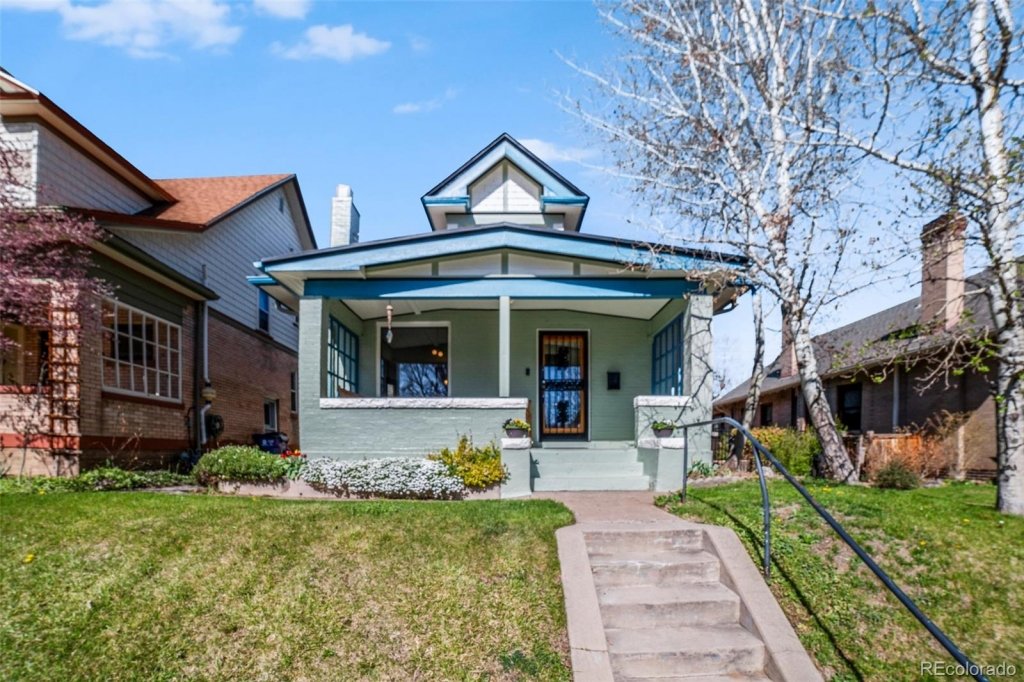 The Cheesman Park and Congress Park neighborhoods sit just north of Washington Park and Cherry Creek.  Property values vary quite a bit from North to South.  The values trend higher as you move South.  It is starting to be more difficult to find a smaller starter home here, but they can still be found.  Cheesman Park has a fun history as it was previously a cemetery before being converted to a park.  It is actually Denver’s very first cemetery.  You may wonder if the bodies have been moved and the answer is “kind of”.

Cheesman and Congress Park are known for their proximity to downtown and the large parks from which they derive their names.  The Denver Botanic Gardens sits on the East side of Cheesman Park and is a must see. 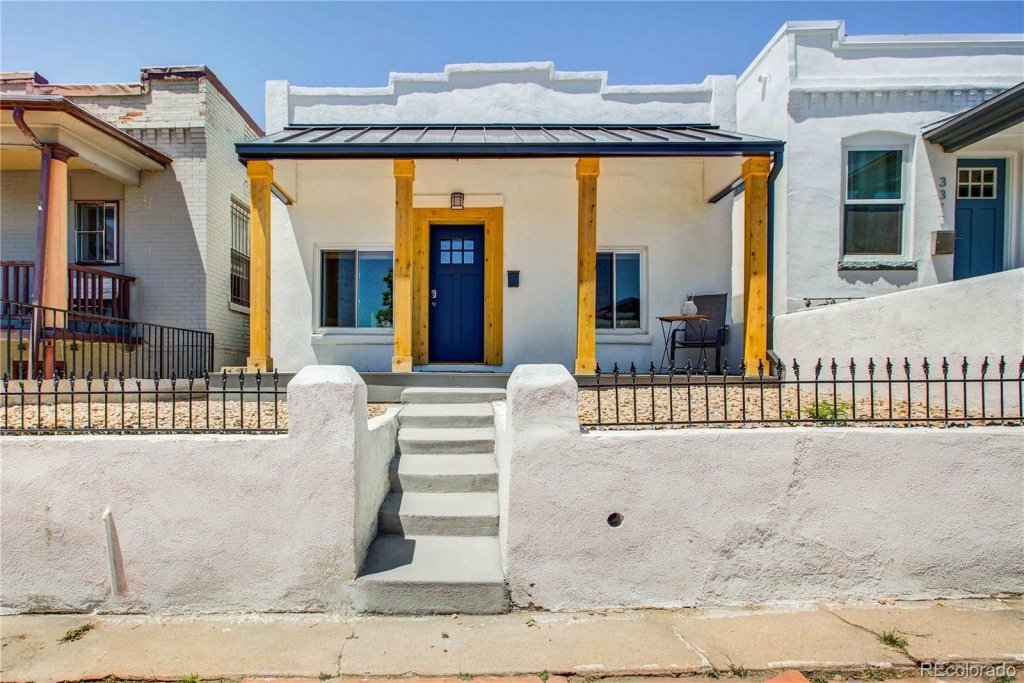 The West Highland, Lohi, and Sloan’s Lake neighborhoods all make up an area more broadly referred to as the Highlands.  Highland Square is probably considered the heart of it by most.  The growth in home values was similar from 2000 to 2010 as the area had seen heavy redevelopment due to its great views and proximity to downtown.  Starter homes are easier to find here with most typical being a small Craftsman or Victorian style home that can readily be found with about 1200 square feet with a small basement.  There is a wide variety of home sizes and styles.  A large single-family home on Sloan’s Lake with great views will run you over $2 million.

The Berkeley and Sunnyside neighborhoods are also part of the broader Highlands area and a starter home there is less than West Highland, LoHi, or Sloan’s Lake.

The Highlands area has several hotspots with many vibrant restaurant/retail scenes including historic Highlands Square, Tennyson Street, and the greater LoHi area. 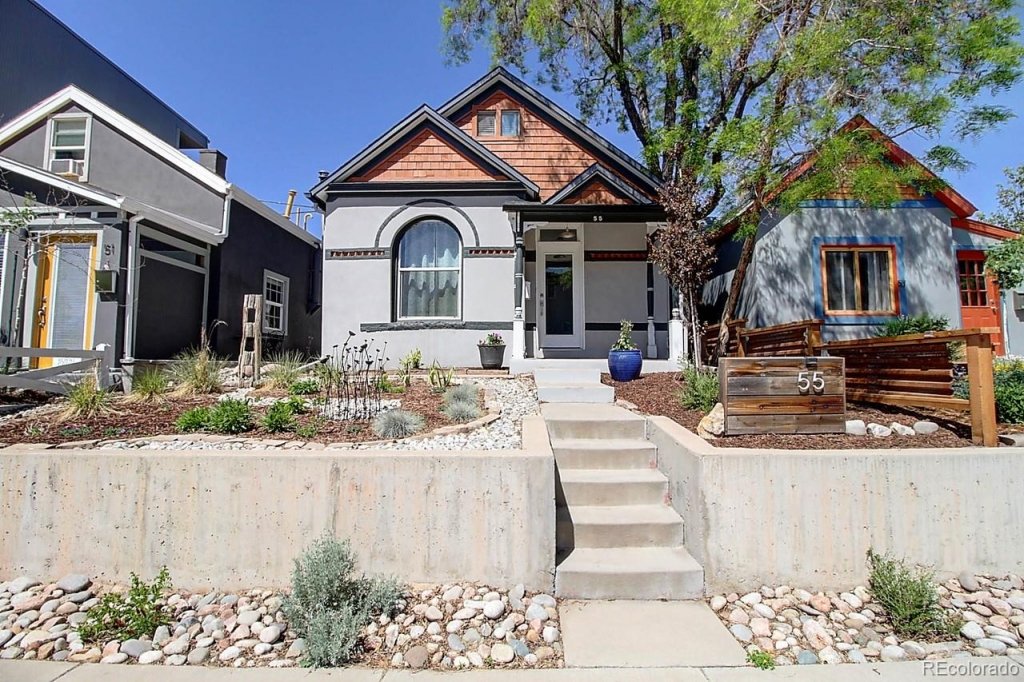 The Lincoln Park and Baker neighborhoods have really gained in popularity, especially in the last five years.  When thinking about where this is just remember the iconic Buckhorn Exchange.  Starter homes here can be found, but the area is relatively small, so there is just not a lot of area from which to buy.  The convenience of the light rail and proximity to downtown has made it a natural fit for appreciation.

The old Burnham Railyard lies just to the West of these neighborhoods and is a massive potential project that will impact the neighborhood.  It is hard to say at this time what that impact will be.  RTD has plans to possibly purchase the railyard as a way of splitting and expanding I-25 as well as possibly adding light rail capacity.  There is also talk that it could be done in a way that it significantly enhances the Lincoln Park and Baker neighborhoods.  Residents are obviously watching this very closely.

You can download the CDOT presentation at this link burnham-yard-and-i25-pel-briefing.  There is also a website that discusses the potential here. 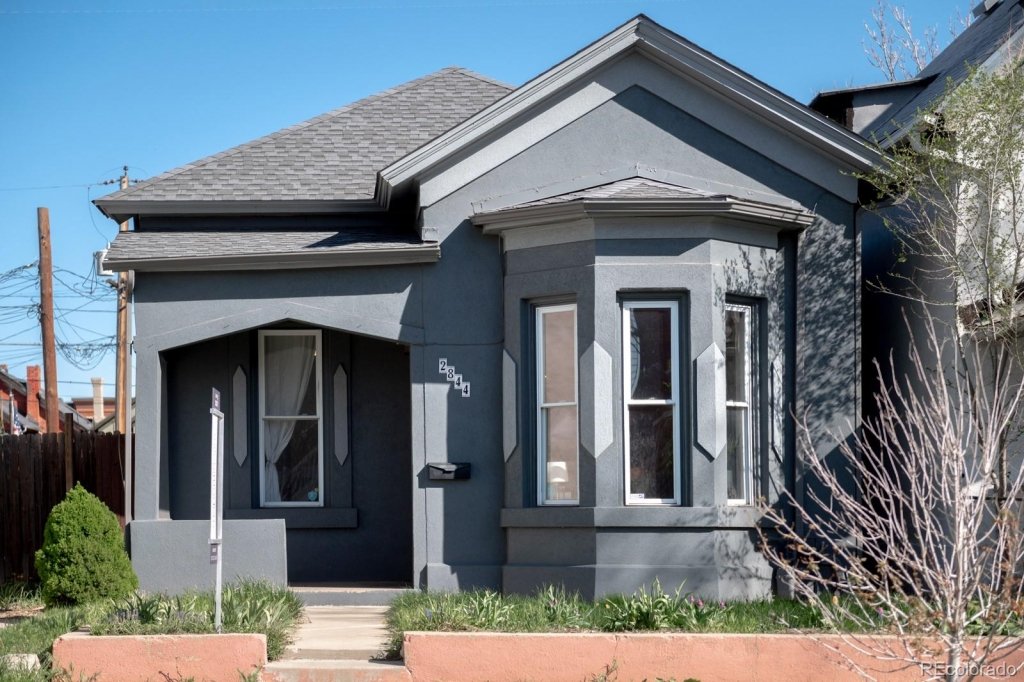 The RiNo or Five Points neighborhood lies just to the North of downtown Denver.  Starter homes can be found here, although with being so close to the city much of it is being developed into townhomes or condos.  Sometime around 2005 a portion of Five Points was named the River North Arts District or “RiNo”.  It didn’t become a household name until around 2015 when substantial investment in the area began.  The “Arts” part of it refers to the many buildings and walls with murals that gives this area an incredibly unique feel.  RiNo has several new trendy markets such as the Denver Central Market, lots of breweries, bars, restaurants, etc. 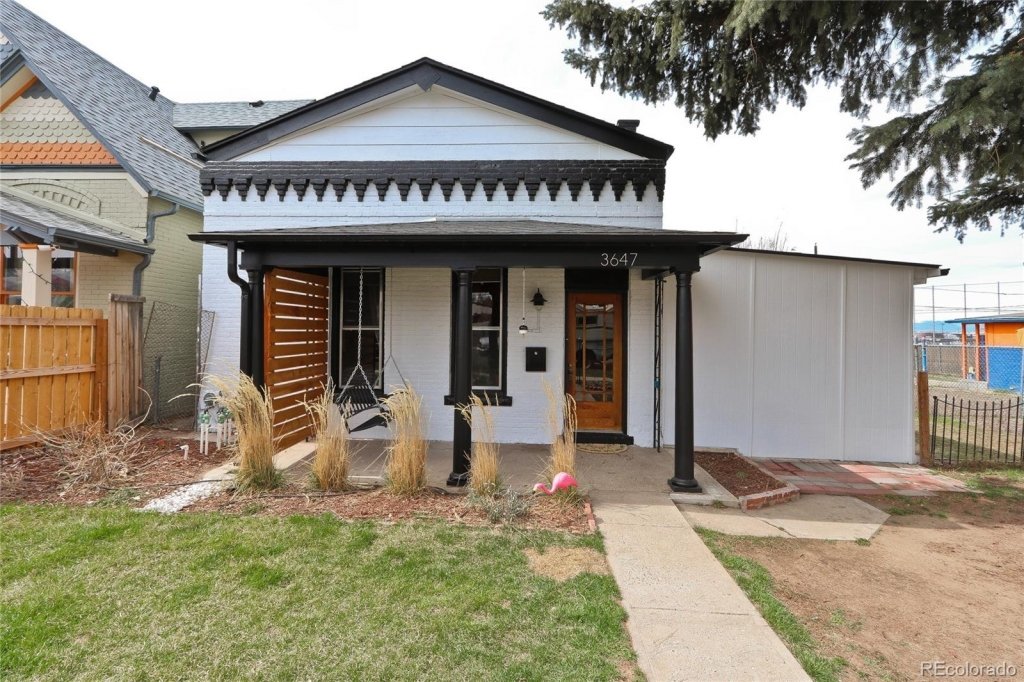 The Park Hill neighborhood consists of a North and South, but the property values are similar. It has grown in popularity due to its proximity to downtown and is relatively more affordable for a start home.  The majority of the restaurants and retail stores are along Colfax Avenue bordering South Park Hill.  There is a lot to offer around the neighborhood as it is conveniently located between the Denver Zoo and Stapleton (the old airport). 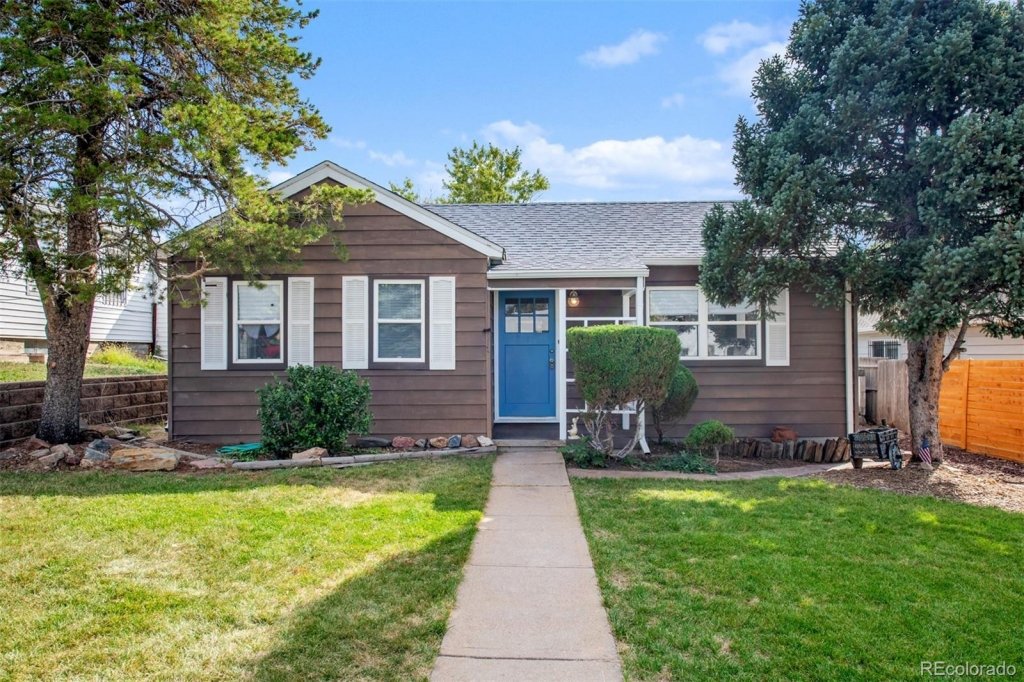 The Barnum and Athmar Park neighborhoods sit close to downtown and are just on the West side of Interstate 25, making them a nice short commute to downtown.  Barnum is named for the famous showman P.T. Barnum and not because he lived there, rather he bought the land as an investment a long time ago.  The neighborhood was designed as mostly housing and has a limited restaurant/retail scene.

This is a great starter home neighborhood for Denver as most of the homes are smaller and feature large yards.  This will be an area to keep a close eye on for future continued appreciation due to its proximity to downtown.

The appreciation is not a typo, homes here have more than doubled over the last ten years.  The main driver here is simply affordability.  Many of the other neighborhoods are just simply too expensive for a first-time home buyer.  Some rezoning to allow more restaurant/retail could make this the next hip/hot area, but there are not any plans for rezoning right now that I am aware of.

How can you save money on a starter home?

So now that you are exhausted and think that Denver is just too expensive, think again.  You can buy something that is as nice as the place you are renting, but you will own it and will most likely have a lower payment.  A starter home does not need to be a single-family home with a yard, it can be a condo, townhome, or something that is just “yours”.  Having a piece of real estate in Denver has been a great wealth builder in the past.

What about a fixer upper for a starter home?

A lot of people look to condition as the first way to save money on a starter home, but do you really want to deal with asbestos, lead based paint, old electrical/plumbing, no insulation, all while living in a construction zone?  It does not make a lot of sense to buy a fixer-upper right now when you can borrow money with a 3% interest rate.  Put this another way, to borrow $50,000 cost you about $220/month on a typical 30-year mortgage.  Rather than work on your home every weekend, wouldn’t you rather spend a little more per month on your home and not live in a construction project?  You could work a day of overtime per month to come home to a place that needs nothing?  There is a lot to be said about cheap money and considering it as part of your quality of life.

Not responsible for accuracy or for updating this content, readers should perform their own due diligence and seek proper legal and tax counsel prior to making any decisions.  This is intended as an informational opinion piece only.